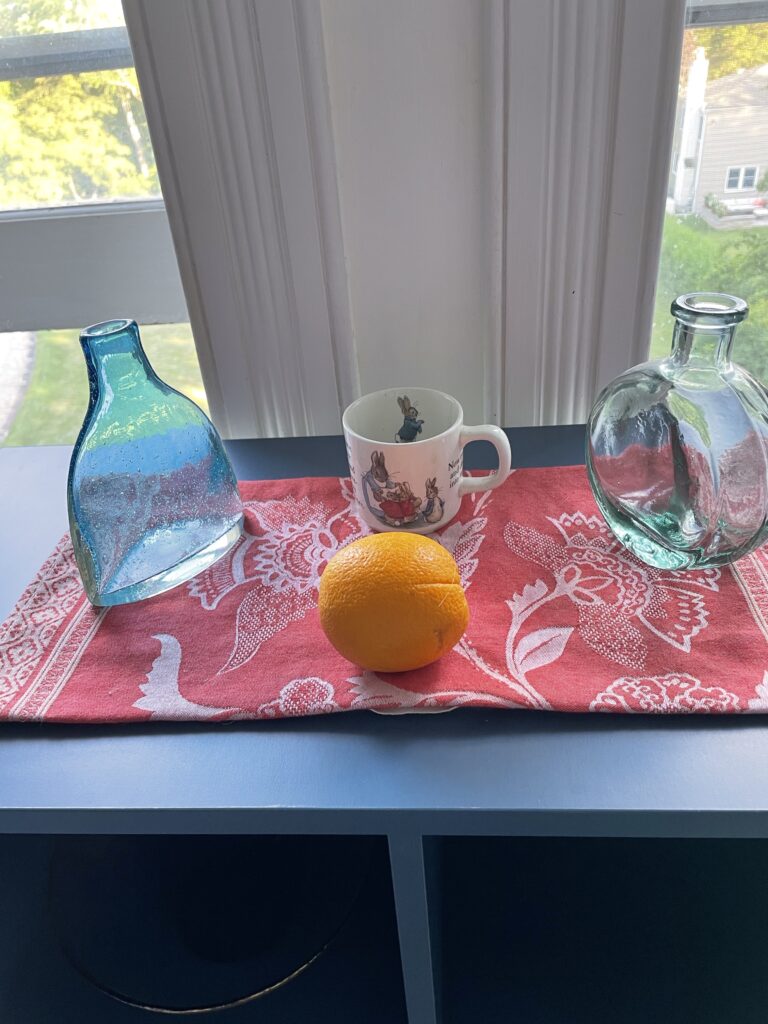 There is nothing better than engaging in conversations with people, those I know and those I don’t. It pertains more to the light of next week’s blog, so this can be a preview.

Monday I went for my car inspection and license plate. While waiting 45 minutes, I perched on a rather high chair in the gas station common area. It was an absolute delight to talk with the 72 year old gentleman who is the face of the station to all customers. He told me how he gave up the suit and tie life 31 years ago because it was not for him. He has worked at this station ever since, getting to know so many in the community by name and they, him. His whole being reflected not only the joy but also the value of the relationships.

As a woman in her 80s came in and gave him $20 for gas, I watched how delighted they were in that short exchange. When she left, he said, “That’s why I love this job so much.” It was the old-fashioned personal knowing of the customer/s that can never be replaced.

Then came a younger couple to see if the AC in their car could be looked at. While the woman took care of all the details, her husband and I engaged in conversation. He is a professor of communication and it turned out that we knew some people in common. Who knew? My sitting perched on the high chair in a gas station in a small town waiting for my inspection and license plate.

I left feeling buoyed, almost wishing the mechanic had taken longer. I might have found my go to place for repairs.

Today was an excursion I anticipate enjoying every couple of weeks. The woman who owns the home in which I live no longer drives so I have told her I will happily take her grocery shopping or to appointments. I wouldn’t miss it for the world.

Walking the aisles at Whole Foods together, we stop to look at everything.  When it comes time to choose potatoes or oranges or grapefruit or whatever individual items, even the greens on the carrots, the choosing is done with keen observation and a dose of humor.

Picking up a certain sweet potato, she says, “I like this little guy. Let’s take him. Oh, this one is looking rather scraggly…no. But this one! Add it to the bag.” And so it goes as we look at multiple of whatever the food, searching for the ones that are invited to come to her house for breakfast, lunch or dinner.

And did you know that Ben and Jerry’s ice cream has 6 grams of protein? That is a great reason to buy it over the brands that have only 3 grams, to say nothing of the creaminess of it!

The tales of aisles go on. At the end, wanting some prepared food for her lunch, we met up with Trey, who was filling the hot food area with bins of the day’s offerings. Looking at Trey and making a connection with him after having found out his name, S. said, “So, Trey, what are your favorite foods here?” As he showed her, a couple were too spicy. However,  several were just right so as he mentioned a food, S. would say, “Great, I want to get some of that.” I was following along and filling the containers with her choices. I watched her honor him as a person in those moments and I watched him do the same, treating her with care even as he did his job.

After we arrived home and put everything away, S. made the comment that she looks forward to seeing Trey again so she can thank him for the recommendations and tell him how much she enjoyed them.

How does it get any better than this? These are moments I hold right up against my heart right now and nothing can take them away.

I look at one of my oranges, thinking that this orange is one that I am glad I invited home with me.

There is such hope through the light that shines from one person to the other and is then reflected back, carried along for the day in a way that holds me steady, whatever challenges might come along to try and disrupt the joy. Not a chance.